iEmily.com, health and wellness site for girls - Get information about your changing body,expanding mind, fitness, nutrition, relationships, and more. Each sectionhas lots of articles and facts. And if you have specific questions aboutsexuality, troubles with friends, eating well, or caring for your skin, askthe experts or talk to other girls in the Chats & Forums area. It'sanonymous, so you don't have to feel embarrassed! iEmily changes a littlebit every day -- just like you. Come back often to see new videos,animations, and more. 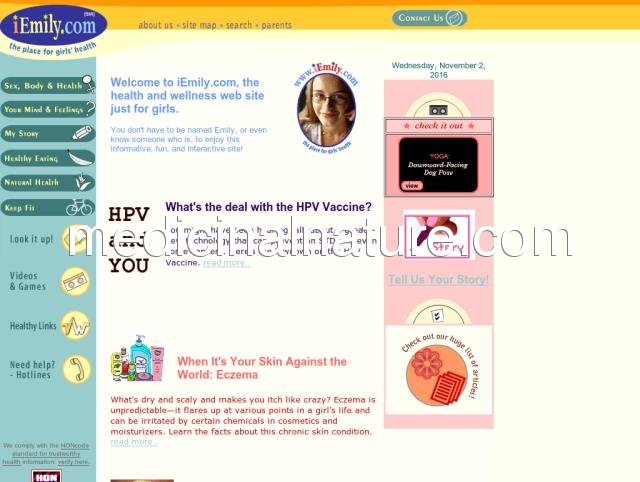