Patient and Caregiver Information | Gilotrif® (afatinib) tablets - If you've been diagnosed with advanced Non-Small Cell Lung Cancer (NSCLC) with common EGFR mutations (Del19 or L858R), take the time to learn more about your condition and treatment options. GILOTRIF is a prescription medicine used to treat people with non-small cell lung cancer (NSCLC), that has certain types of abnormal epidermal growth factor receptor (EGFR) genes, and who have not had previous treatment for cancer that has spread to other parts of the body It is not known if GILOTRIF is safe and effective in children. Side effects may occur. Please see important safety information and prescribing information in this website. 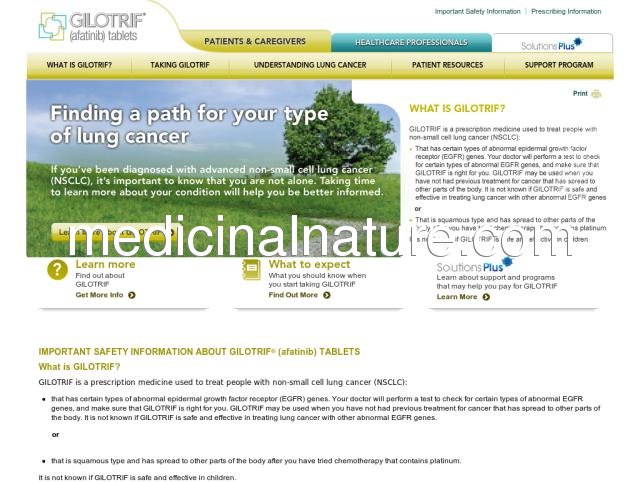