The SASH Research Project | Investigating Social Aspects of Self-Harm, Drug and Alcohol Use -   The SASH Research Project (Social Aspects of Self-Harm, including drug and alcohol use) investigated what people aged 14-16 had to say about: drug and alcohol use, and self-harm. The project ran from 2013-2014. Findings are being written up, links and further info on the blog. The project held interviews, an online survey,  and group… 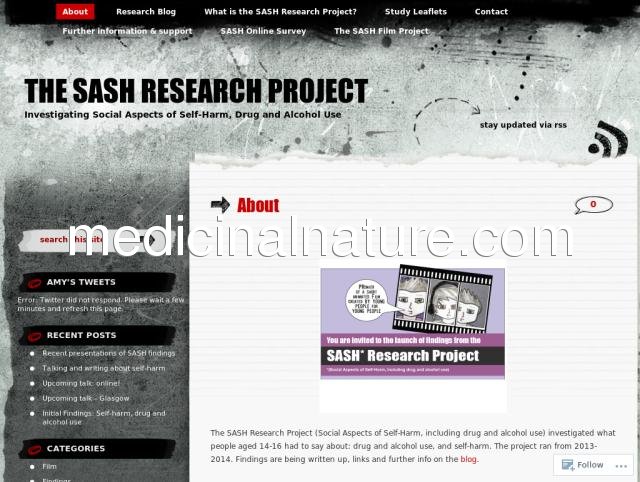