Our Life Window - Home - Life and Experiences with our 3 children, 2 of which are suspected to have Mitochondrial Disease. Christian, homeschooling, military family. 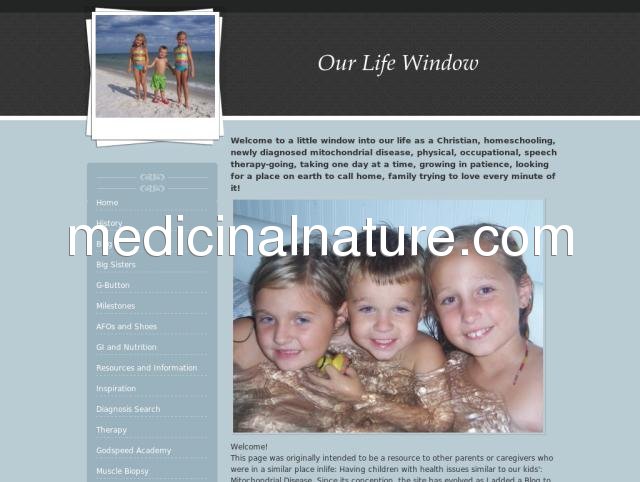