Home - Global ecological health is a study about the limited resources we have and how we manage them. 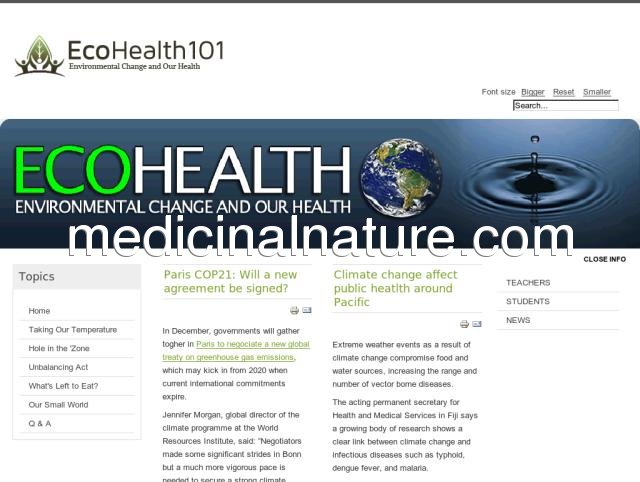