Veterinary And Pharmaceuticals - Cosima International Industrial - Cosima is a leading veterinary and pharmaceuticals company based in Hong Kong. With our branded products sold in markets worldwide and numerous generics produced under our customers' brands, Cosima supplies distributors, governments and hospitals with the 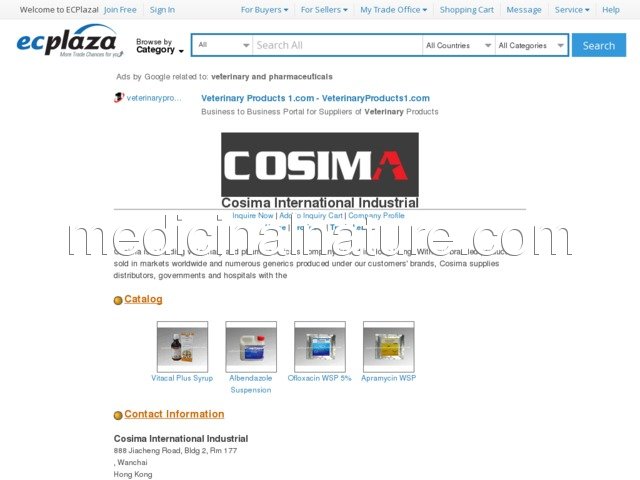