Welcome to CardiologySite.com - CardiologySite.com was conceived as a remote learning experience for health care providers, students, residents, fellows and people interested in expanding their knowledge in specific areas of cardiology. It was designed to provide the equivalent of classroom lectures and demonstrations with the use of the latest web-based multimedia technology. To facilitate this process, lessons were designed from the ground up instead of scanning in textbooks or videotaping a slide presentation and then modifying it for use on the Internet. This site includes instructional movies, 3-D animation, panoramic views, online quiz, interactive video-clips, interactive heart sounds & murmurs and interactive echocardiograms. 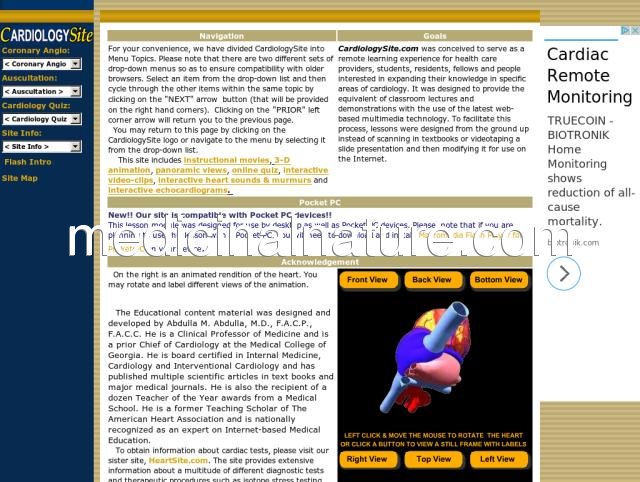